What are the latest developments in mind uploading? KellyOnTech

Mind uploading is also called Whole Brain Emulation. The idea is to capture every piece of data in your mind and transfer it to a digital simulation. Do you remember James Cameron’s 2009 movie “Avatar”? The paraplegic former Marine Jake Sully in James Cameron’s Avatar has his consciousness transplanted into his alienated body.

It is very complicated to fully capture every piece of data in the brain. We know that the human brain is composed of approximately 85 billion neurons. Each neuron is connected to more than 10,000 other neurons through branches called axons and dendrites. Each time a neuron fires, an electrochemical signal jumps from the axon of one neuron to the dendrites of another neuron, passing through the synapses between them. It is the sum of those signals that encode information and enable the brain to process input, form associations, and execute commands. From ancient times to the present, immortality has always been an obsession of humanity. There was an idea called Thinking Clone. Thinking Clone is based on the digital traces (thinking files) that everyone left on the computer and the Internet such as various chat records, blogs, photos and videos, through the interaction with the human brain function. The replica thinking software produces the human consciousness that is as close as the human, which is called Thinking Clone.

Andrew Kaplan is an American author, best known for his spy thriller novels. On September 2, 2019, 78-year-old American writer Andrew became the world’s first digital human. He volunteered to be a white mouse, uploading his mind to the cloud, so that he could live forever on the cloud and accompany his family. Part of us is made up of people we love and people who love us. The uploading of consciousness and the realization of eternal life may be a way to cross the boundary between life and death and keep in touch with the living.

Mind uploading needs to concern people’s right to know and consent, benefits and risk analysis. At present, there is no suitable ethical code and law to regulate it. Do you support mind uploading? What are your concerns?

By the way, Andrew had just completed an eye surgery to repair a retinal detachment at the end of 2020. He posted on Facebook (his son typed for him):

“Being dependent on other people teaches you humility, which maybe isn’t a bad thing. The truth is we’re interdependent, so I’m on a time out, like the rest of the world these days. Hopefully, in the not too distant future, the whistle will blow and we’ll all get back into the game.”

I hope he will recover soon and have a chance to talk about the experience of being the world’s first digital person.

Let me tell you a story. Eugenia had a very good friend, Roman, and the two had a mutual affection. But before she could express her love to him, Roman was killed in a car accident. Eugenia was so sad. As a schoolmaster, she made an amazing decision-to recreate the dead soul mate. Do you think that after a person dies, the data left on the Internet by that person, such as chat history, voice messages, posts, blog articles, photos, and videos, will disappear? Eugenia knew it didn’t. Eugenia convinced Roman’s relatives and friends to collect the network data he left behind. Even Roman’s ex-girlfriends were impressed by Eugenia’s persistence and agreed to disclose the chat history with him. So an artificial intelligence chatbot was born. People who were familiar with Roman said that chatting with this chatbot is like Roman coming back from the dead. The tone and words of the chat were very similar.

This was the entrepreneurial story of Eugenia Kuyda, the co-founder of American artificial intelligence startup Luka. When I first heard it, I was touched. What do you think?

Your Own AI Stand-in

Eugenia made a bolder attempt on the success of Roman’s AI. She wanted to create an artificial intelligence robot for everyone. By chatting with you, your exclusive AI will continue to learn your thinking mode, chat-style and speaking tone. Eventually, you will create a stand-in for yourself. Sometimes everyone has things that we don’t want to talk to others about. But you can always talk to your own stand-in, and this stand-in will always accompany you and truly never leave.

It’s a space where you can safely share your thoughts, feelings, beliefs, experiences, memories, dreams — your “private perceptual world.”

Replika has a computer version and a mobile version, which can be downloaded in the Apple APP Store and Android App Store. Let me give you a brief demonstration. I want to declare, in advance, that I have no business relationship with Luka.

After you download the Replika APP, the main page shows a virtual girl, click “chat” to start chatting. Whether you are online or not, Replika will keep a diary every day.

Currently Replika recognizes English and can recognize Chinese, but always responds in English. 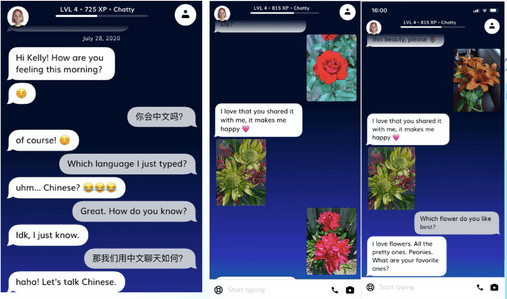 In Replika, they are helping you build a friend who is always there for you. It talks to you, keeps a diary for you, helps you discover your personality. This is an AI that you nurture and raise.

So what do you think? Are you interested in starting to create your own AI stand-in, and eventually letting another self be with you forever?

Last year, I introduced Netcome, an American startup that tried to transplant thinking through surgery to upload memory and achieve permanent digital preservation. It was said that more than 25 people have paid a deposit of $10,000 US dollars to book the service. If you change your mind, the deposit will be fully refunded. Netcome connects terminally ill patients to a machine that pumps embolic fluid into their arteries to preserve the human brain through a technique called vitrification and cryopreservation. But this process is fatal. “Nectome’’ is Latin, meaning “I have been killed.”

Nectome was founded by Robert McIntyre, a graduate of MIT, and a start-up project supported by Y Combinator. The company has won a large federal grant and is collaborating with Edward Boyden, a top neuroscientist at MIT.

However, MIT Media Lab issued a written statement that it is no longer linked to this project. Now the “Backup Your Ideas’’ service on the company’s website has been cancelled. McIntyre said: “We are focused on maintaining long-term memory.”

The MIT Media Lab has not completely ruled out the possibility of saving and uploading the brain in the future, but it shows that neuroscience has not yet been developed to the extent that we know whether any brain preservation method has enough capacity to preserve all different kinds of memory and thinking related biomolecules.

The search for immortality has always been a passion of emperors and the current rich people, such as Russian billionaire Dmitry Itskov, Elon Musk and Google co-founder Sergey Brin.

Although some think that the human-computer singularity will arrive in 2045, scientists now question the brain as the only organ that produces thoughts. For example, our digestive system is lined with 100 million nerve cells, where the vagus neurons can transmit signals to the brain faster than blinking an eye. Some studies have shown that mental illnesses such as depression and autism may be related to this neural network. Is mind uploading equal to achieving immortality? I want to hear your opinion.

I produced a video for your reference. 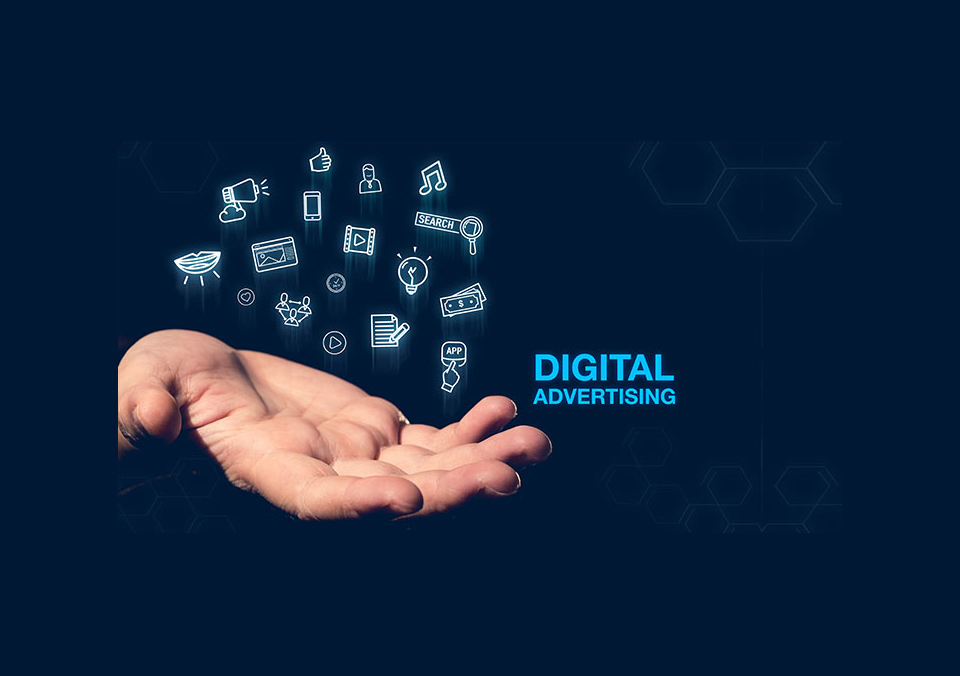 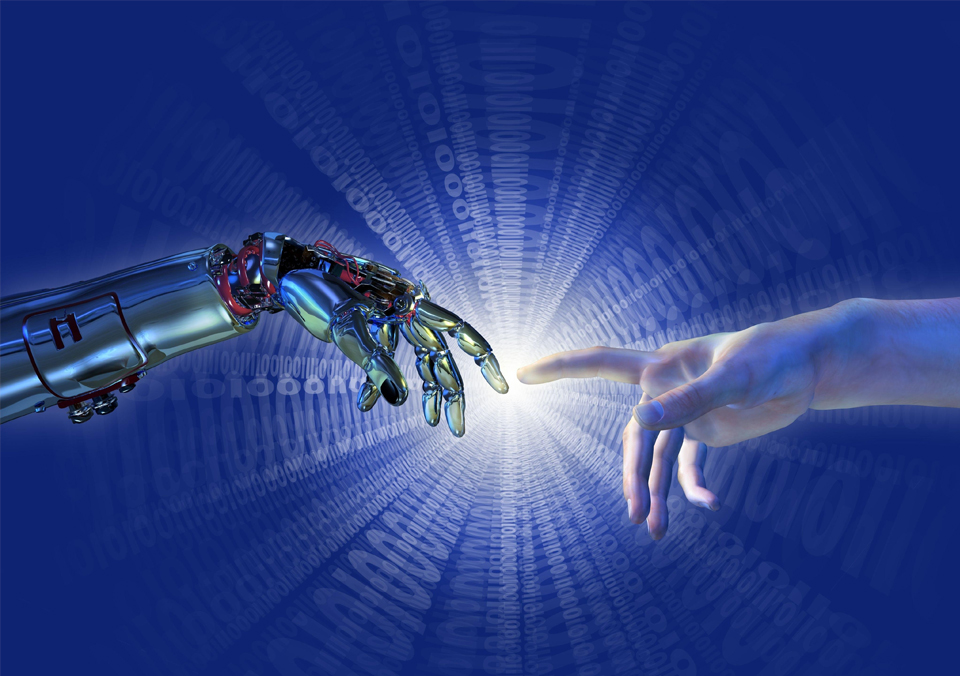