Without a doubt, the collapse of the Arecibo telescope would be included in the top-ten astronomy events for 2020, no matter who made the list. I am not sure how many people outside the astronomical community know of Arecibo. But those who have watched the 1995 James Bond film “GoldenEye” probably remember the enormous satellite signal receiver coming out of the water, turncoat 006 chasing after 007 on a catwalk, and finally the climax part – 006 lying on the huge dish watching the platform smashing down towards him. All these thrilling moments were shot at the Arecibo telescope. Located in Puerto Rico, with a 305-metre-wide reflector dish seated in a huge Karst pit, the Arecibo radio telescope was the largest and most sensitive single-dish radio telescope in the world before the completion of the Five-hundred-metre Aperture Spherical radio Telescope (FAST) in China. In more than half a century of operation, it has been well known for its unique structure design and breathtaking discoveries in radio astronomy. On December 1, 2020, several cables supporting the platform broke, the 900-ton platform and the Gregorian Dome fell down, resulting in the collapse of the reflector dish and two of its structural towers. After evaluation, National Science Foundation (NSF) announced the official retirement of the Arecibo telescope on December 3. A great astronomical instrument ended its glorious life in a solemn and tragic way. While mourning for the death of Arecibo, let us take this chance to review its history.

The radio telescope, as its name suggests, uses radio-receiving technology to observe radiation from celestial objects with wavelength ranging from millimetre to metre. As early as the 1860s, physicists such as Maxwell and Plank had realized that Sun and other stars emit radio radiation. But the first detection of radio radiation from celestial bodies was in the 1930s. Karl G. Jansky, an engineer at Bell Telephone Company in the United States, discovered periodic interference signals and identified the source of the signal as Sagittarius in the centre of the Milky Way. In memory of Jansky’s discovery, the International Astronomical Union decided to use Jansky as the unit of the radio current density of celestial bodies and incorporated it into the international physical unit system in 1973. The rise of radio astronomy came after WWII. The rapid development of radar technology during the war, as well as a large number of military radars transferred to civilian use after the war, provided many opportunities for radio observations. No wonder that the four major astronomical discoveries of the 1960s (i.e., quasars, pulsars, interstellar molecules, and cosmic microwave background radiation) were all obtained by radio telescopes.

Arecibo radio telescope was completed in 1963. The funding for its initial radar design was from the U.S. Air Force and the Office of Naval Research. Its engineering and construction of the dish was funded by the Advanced Research Projects Agency (ARPA, later renamed as the Defense Advanced Research Projects Agency), contracted by Cornell University, and monitored by the Air Force. Arecibo was initially named the Arecibo Ionospheric Observatory, devoted to ionospheric research and radio astronomy. Of course, its investor, ARPA, was more interested in studying and monitoring the Earth’s ionosphere. Its intention was to help develop the ballistic missile defence system. In the late 1960s, ARPA began to reduce funding. In 1967, NFS took over from the Air Force and became the government agency to monitor Arecibo, which began the transformation of Arecibo from a military facility to a civilian institution. In 1971, Arecibo was renamed the National Astronomy and Ionospheric Centre. In the same year, NSF and the National Aeronautics and Space Administration (NASA) signed a memo to share the costs of its major upgrades. NSF funded the resurfacing of the reflector dish, which replaced the old wire mesh with 38778 individually adjustable aluminum panels. NASA funded an S-band radar equipment. In 1997, Arecibo underwent its second major upgrade, which included a Gregorian Dome and a linear feed. After the upgrade, the observation band-pass of Arecibo ranges from 3 millimetres to 6 metres. A Gregorian Dome is hanging above the gigantic reflector dish by an enormous triangular platform and a movable azimuth arm. The entire detector system weighs 900 tons and is supported by three structural towers via 18 cables. During the observation, the reflector dish reflects the radio radiation to the Gregorian Dome and the detector records the signals. The observed data are preprocessed and then sent to astronomers for further analysis.

Arecibo was one of the most sensitive radio telescopes in the world. In more than half a century of operation, it has made significant contributions to astronomy. In particular, there were many “firsts'' among these achievements. In 1974, American physicists Rusell A. Hulse and Joseph H. Taylor discovered the first binary pulsar PSR B 1937+21 using Arecibo. They received the 1993 Nobel Prize in physics for this discovery. In 1981, Arecibo made the first radar maps of the surface of Venus. In 1992, the first extrasolar planets were discovered around Lich Pulsar, they were named Draugr, Poltergeist, and Phobetor. In 2008, methenamine and hydrogen cyanide molecules, key ingredients in forming amino acids, were detected for the first time in a galaxy 250 million light-years away. In 2016, Arecibo discovered the first-ever repeating fast radio burst.

Arecibo also played a crucial role in looking for aliens. In 1974, as part of celebrations for its major upgrades, Arecibo turned its receiver into transmit mode to send the so-called “Arecibo Message” aimed at the globular star cluster M13. It was a simple, pictorial message, consisting of information such as the Arecibo telescope, our solar system, a stick figure of a human, molecular structure of DNA, nucleotide formula, the chemical elements in DNA, and binary numbers of one to ten. In 1999, Arecibo became a critical instrument for the SETI@home project. SETI is the abbreviation for Search for Extra-terrestrial Intelligence. Hosted by the Space Science Laboratory of the University of California, Berkeley, SETI project searched signals from aliens through observed data by using the idle CPU resources of computers around the world. The observed data were split into small data packs first. Then any computer installed at SETI@home could download the data pack automatically and process the data under screen-saver mode or background operation. By 2005, when Berkeley stopped the SETI project, more than 5 million individuals and organizations, which came from 226 countries and areas, participated. The accumulated CPU time exceeded 2.24 million years. Unfortunately, we have yet to find any solid evidence of aliens.

The Arecibo telescope had a splendid past. Yet after more than half a century of operation, the telescope has been battered terribly due to long-term invasion of natural disasters, such as earthquakes and hurricanes. The uncertainty of its funding made its prospects even bleaker. On Aug 10, 2019, a cable connected to Tower 4 snapped. It created a gash about 30 metres long in the reflector dish, and also made some damages to the Gregorian dome. The University of Central Florida (UCF), which managed Arecibo, evaluated the accident and made the plan to implement emergence structural stabilization of the auxiliary cable system while waiting for the replacement of the auxiliary cable. Unfortunately, another cable attached to the same tower broke on November 6, before the newly ordered cable’s arrival. This time, not only the reflector dish was further damaged, but several cables around the broken one were also damaged to various degrees. On November 19, NSF announced that they could not repair the telescope safely, therefore, a decommissioning process would begin under the consideration of environmental, safety and cultural requirements. During the aerial drone surveillance of the Arecibo on November 24, engineers found additional breakages on the exterior wires of the cables attached to Tower 4. On December 1, the remaining cables from Tower 4 could not hold the platform any longer and broke one after another, which caused the corner of the platform to drop, and the entire platform swung down. Cables still connected to Tower 8 and 12 followed the platform and dragged the catwalk down. Within seconds, almost everything crashed down to the reflector dish. Even the structural towers 4 and 12 broke in the middle, and their top halves rolled down to the foot of the mountain. NSF held a news conference on December 3, released the video of Arecibo collapse, and announced its official retirement.

The successor of Arecibo – FAST in China

The retirement of Arecibo is undoubtedly a great loss to the astronomical community. Fortunately, we have better equipment to replace it, the Five-hundred-metre Aperture Spherical radio Telescope (FAST), located in Guizhou Province, China. Completed in September 2016, FAST was also built in a huge Karst pit. It is the largest and most sensitive single-dish radio telescope in the world, with an overall performance ten times better than Arecibo. After several years of the pilot run, FAST has passed national acceptance in January 2020 and officially put into operation. For the past few years, FAST has already discovered several pulsars and made a unique contribution in understanding the generation mechanism of rapid radio bursts. There is no doubt that FAST, like its predecessor Arecibo, will make great achievements in the field of radio astronomy. 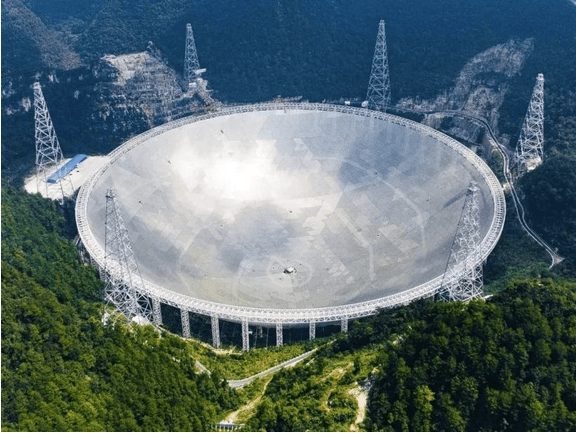 She received a Ph.D. in astrophysics. Her main research interests are to use multi-wavelength (from X-ray to far-Infrared) observations to study the relationships between QSOs/AGNs and their host galaxies. For example, study the relationship between the properties of the nearby galaxy and its central supermassive black hole; study the relation between the ultra-luminous infrared galaxies and the QSOs. Other projects included using the SHAPELET algorithm to optimize image resolution and to reconstruct galaxy images; using neural networks to estimate the distance of QSO and extra-galaxy, and classifying galaxies. 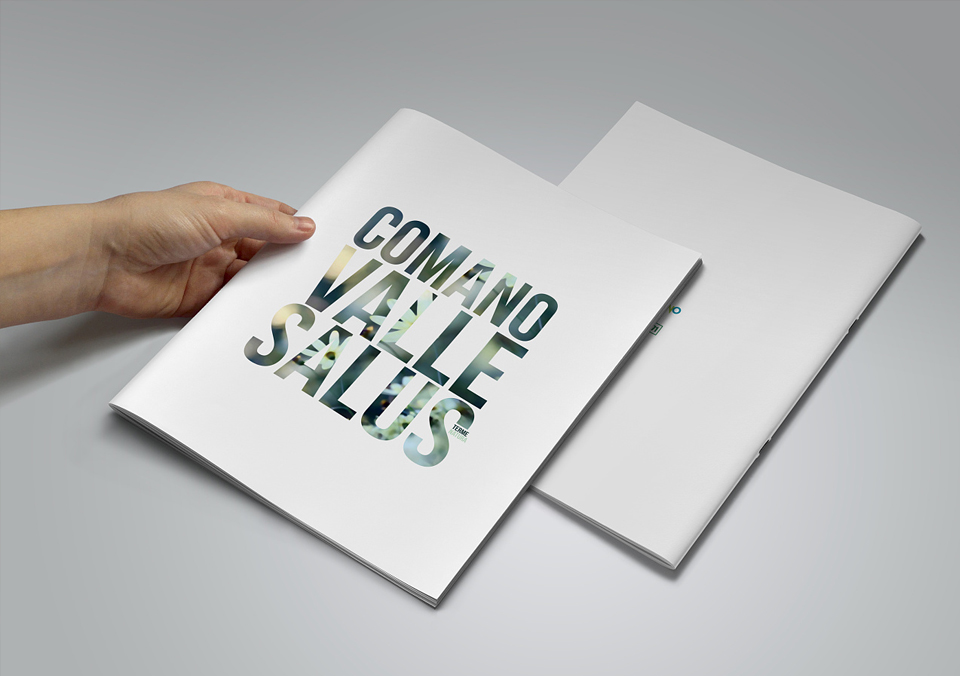 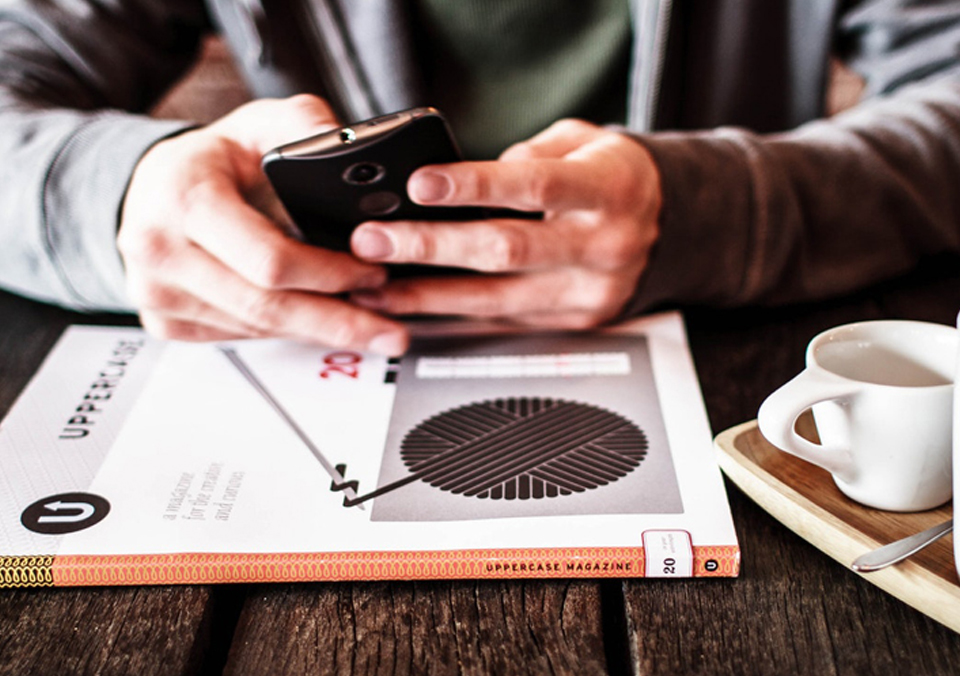